Venue: Novotel Bangkok Suvarnabhumi Airport .
Note: Hotel staff will only provide general information about the hotel and guest rooms, will not disclose for any specific details about the conference. If you wish to contact the hotel reception, kindly contact 20 days prior to the conference date. During enquiry please mention the conference name, date along with the organizer name “Conference series”.

Bangkok, Thai Krung Thep, city, capital, and main port of Thailand. It is the only cosmopolitan city in a country of small towns and villages, and it is the cultural and commercial center of Thailand. Bangkok is located on the Chao Phraya River Delta, approximately 40 km from the Gulf of Thailand. It was once divided into two municipalities - Krung Thep on the east bank and Thon Buri on the west - connected by several bridges.Tourism has increased dramatically and is now a major source of income in Bangkok.

The World Tourism Organization affiliated with the United Nations and recognized as the premier international body on world tourism declares that tourism is "the activities of people traveling and staying in places outside their usual environment for no more than a year. consecutive for leisure, business, and other purposes "(WTO 2011). Travel and tourism are very important economic activities in the world, and it is the largest service industry in the world (WTTC 2011).

The capital and largest city of Thailand, Bangkok is a melting pot of exotic aromas, remarkable sites, and visual delights. The city was founded in 1782 by the first king of the current Chakri dynasty, King Rama I. Bangkok is also known as Krung Thep, which means “City of Angels” (Tourism Authority of Thailand 2011). It is located on the Chao Phraya River Delta, 40 km from the Gulf of Thailand. The vibrant heart of Thailand - Bangkok is important as a major financial, cultural, and economic center (Aquino 2011).

Bangkok is a major tourist destination. The tourism industry is the second largest source of income in all of Thailand (Thittongkam 2011). Bangkok is also known as the "Venice of the East" because of the Chao Phraya River that winds through the city and the timeless canals that have been converted into streets now. Bangkok is very proud, as it is dotted with nearly 400 functional Buddhist temples of great beauty around the capital (Tourism Authority of Thailand 2011). Bangkok is considered a global center of medical tourism because it offers high quality care and services from internationally trained doctors at lower prices 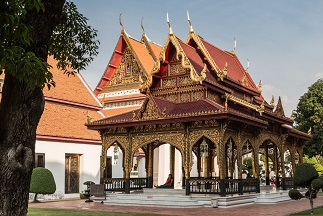 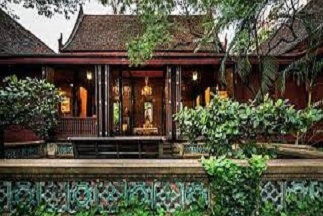